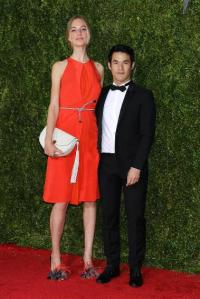 Joseph Altuzarra was born and raised in Paris by a French Basque father and a Chinese mother. His mother, Karen Altuzarra serves on the board of her son’s company.

Joseph began designing costumes for Swathmore College’s theater. After graduating he interned at Marc Jacobs and worked as a freelance designer at Proenza Schouler. Later he became first assistant to Riccardo Tisci at Givenchy.

He launched his own line in 2008 and won the CFDA/Vogue Fashion award soon afterward. In 2013 the luxury goods powerhouse Kering decided to back him financially. He is married to estate developer Seth Weissman.