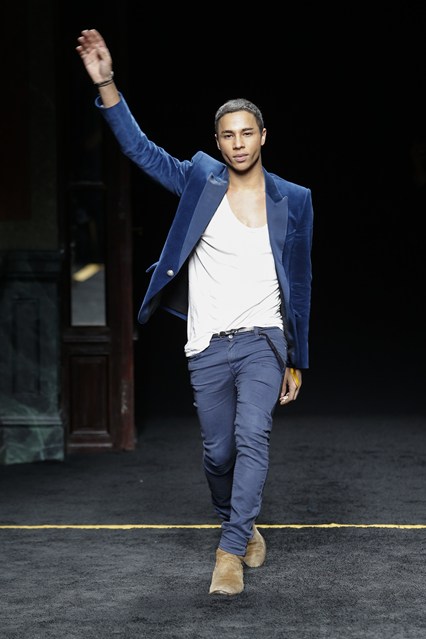 Olivier Rousteing is a French fashion designer who was born in Bordeaux and adopted at age one.  He moved to Paris to study at the Ecole Supérieure des Arts et Techniques de la Mode. When he graduated he started working for Roberto Cavalli, becoming the head of the women’s division.

Olivier Rousteing joined Balmain in 2009 and replaced Christophe Decarnin as the creative director in 2011 when he was 24.

In his recent collaboration with H & M, Rousteing has included high-waisted harem pants, baroque silk blouses, leather jackets with gold buttons and a velvet dress encrusted with beading and embroidery (prices ranging from $18 to $549). He is also introducing  a companion perfume to the collection.

Olivier Rousteing is the only black designer to head a major French Fashion house. He has referred to himself as “a French prince of pop-fashion.” 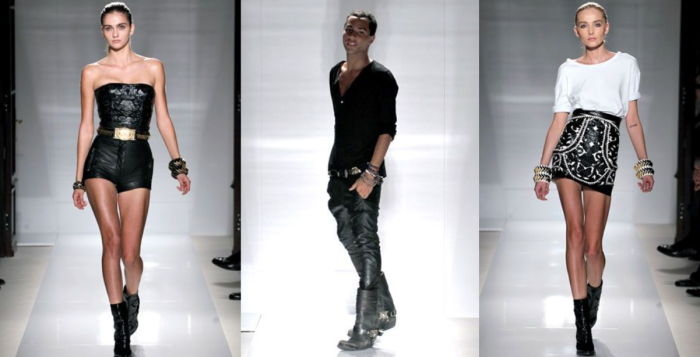