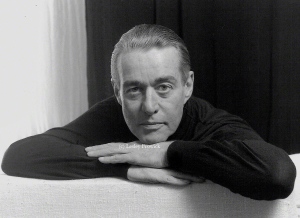 Roy Halston Frowick was born in Des Moines, Iowa on April 23, 1932. He moved with his family to Chicago, where his friends called him “Fro.” Halston was obsessed by women’s hats at a young age.

His next job in New York was at Bergdorf Goodman, where he was exposed to the very best in fashion and clientele. He was referred to as “Mr. Halston”  Through Bergdorf Goodman, Halston made numerous trips to Paris where he met Balenciaga, Hubert de Givenchy, Coco Chanel and saw Yves Saint Laurent’s first collection.

According to his biographers, he was at the top of his profession at the age of 29, but he had a fiery temper. He became the darling of journalists and magazine editors who championed his work. Jacqueline Kennedy’s pillbox hat designed by Halston made him an international star.

Winner of four Coty awards, he received the Coty Fashion Critic’s Award – fashion’s equivalent of an Oscar. Halston said “fashion is never made by designers. Fashion is made by fashionable people…” 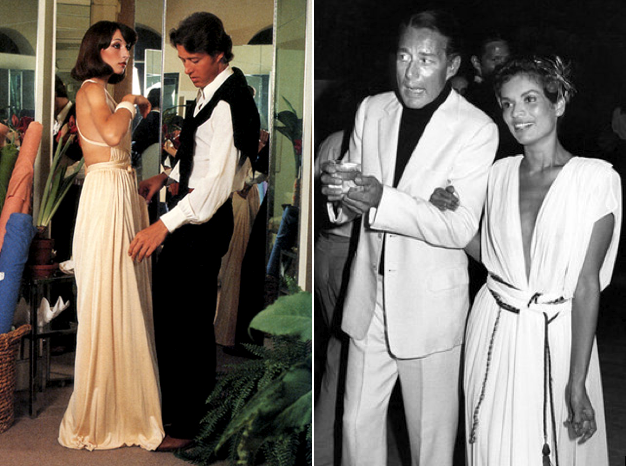 photo of Halston dressing a model (left); with Bianca Jagger wearing one of his designs

Halston was the first American designer to visit the People’s Republic of China and have a fashion show there.

By the time he moved to his new offices and salon at the Olympic Tower in New York, Halston was abusing drugs to to stimulate his creative genius and to come up with fresh ideas. In 1985, His original showroom on Seventh Avenue was dismantled and sold to newcomer Donna Karan. 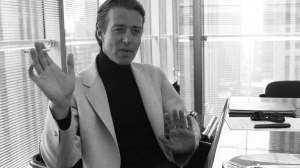